Use survey responses to build member personas and conduct campaigns

Written by Priyanshu Anand
Updated over a week ago

Use survey responses to filter members and setup targeted campaigns that can drive engagement in the community.

The surveys that you setup through an automation can be accessed from the Members dashboard. Filter using Survey Results and see members who responded with what value on that survey.

For example - if you’ve conducted an NPS survey on a rating of 1-10, filter with specific value(s) to see which members responded with that. Those who’ve responded with 9 or 10 already are/have the potential to become community champions. You can nurture them accordingly. 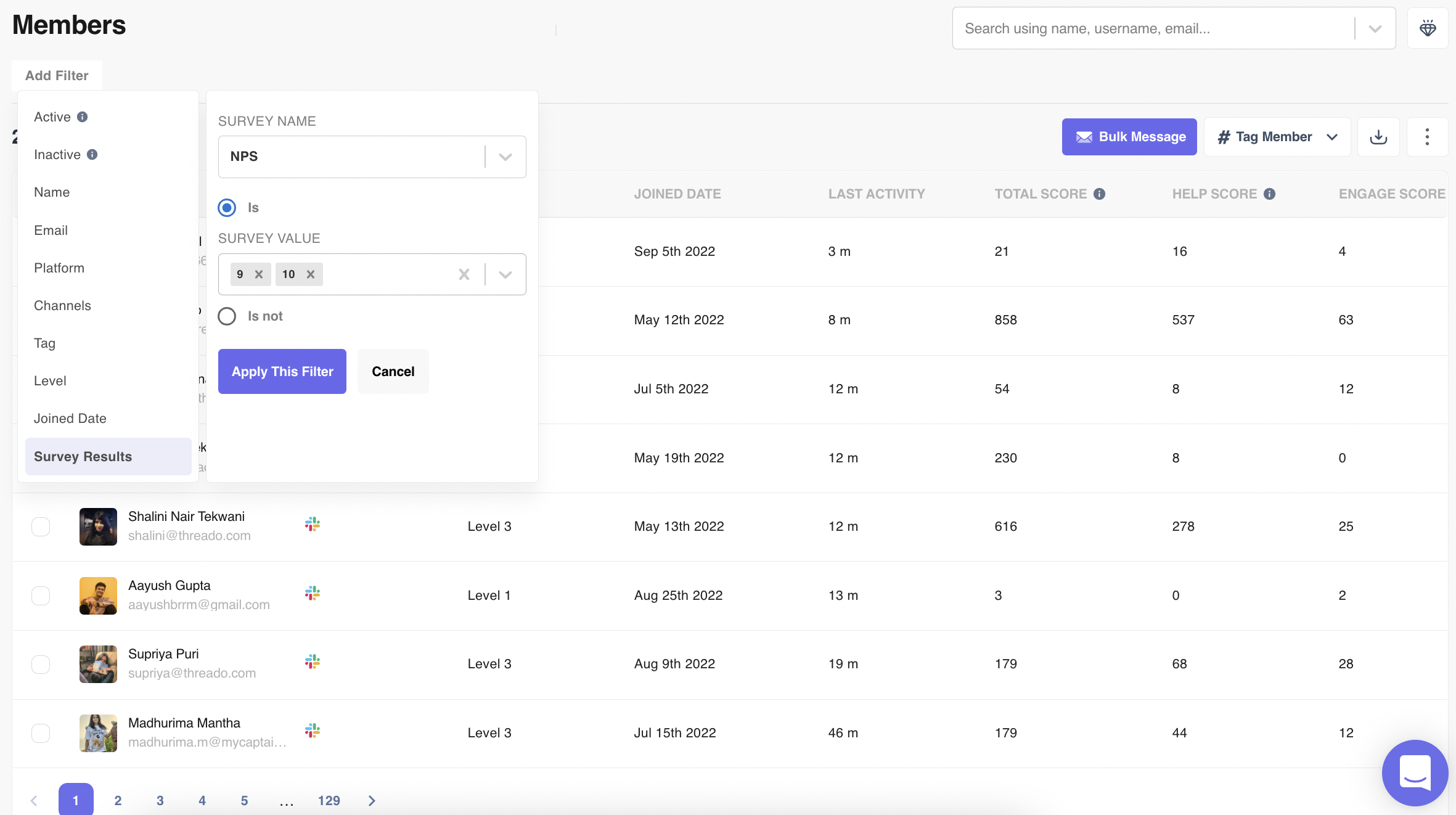 You can setup two separate automations -

Since automation triggers only take into account new users who match the condition, setting two of them together will ensure that any member who responds to the survey gets enrolled into another automation right away.

📌 Note: This trick can be used to foster engagement based on all types of surveys - NPS, Member-interest collection, feedback, etc.